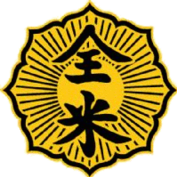 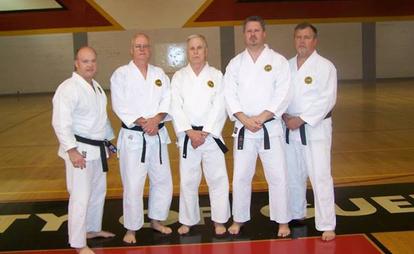 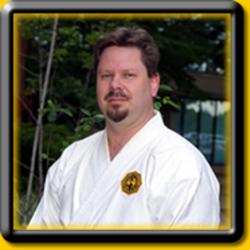 These dojos are members of the Zen Bei Butoku Kai International,

I have put together this page to answer some Frequently Asked Questions about what I do. Massage Therapy is my profession, which I have been doing for over fourteen years, but a big part of my life, since I was nine years old, has been martial arts. My martial arts clubs are members of the Zen Bei Butoku Kai International Organization founded in 1959 by the late Master Richard Kim. (The Zen Bei Butoku Kai is in no way affiliated with the Dai Nippon Butoku Kai)

Q: What are your qualifications?

A: As a Registered Massage Therapist, I am licensed by the College of Massage Therapists of Ontario to practice therapeutic massage treatments. Schooling for this profession was two intense years of Anatomy, Physiology, Pathology, Techniques, Assessments and Treatments. A licensing exam was required following the schooling to be able to enter practice.

As a Martial Artist, I currently hold the rank of RokuDan (Sixth Degree Black Belt) with the Zen Bei Butoku Kai International Organization. I have been training for over 40 years, and continue to update my knowledge by attending seminars and training sessions with my Instructor. I began teaching martial arts over 35 years ago as a Junior Instructor in Stratford, Ontario. By 1989, I became Chief Instructor of Stratford Butoku Kai. In 1995, I opened a second dojo in Kitchener, Ontario. In 2007 I started an after school karate program in Milverton, Ontario.  I am still Chief Instructor at all locations.

A: The Japanese language has a slightly different sound system than English. The word "Butoku" is pronounced: Boo - Toe - Koo. And the word "Kai" is pronounced like "Hi" but with a "K" instead of the "H".

Q: What does "Butoku Kai" mean?

A: "Bu Toku" are two Japanese words meaning "Martial Virtue." "Kai" means "Organization" or "Association." Perhaps a word about the virtues... I try to instill in my students an understanding of the martial virtues of Respect, Compassion and Gratitude. Respect for others and property. Compassion for those not as fortunate as you, or an ability to "put yourself in their place." And be grateful for what you have. The world would be a much better place if everyone lived by these virtues.

Q: What do you teach?

A: I teach a style of karate called Shorin-ji ryu. It comes from the Okinawan Islands between Japan and China. Historically, the Okinawan sailors/merchants traveling to China learned some martial arts (Chinese Kung Fu) and adapted it to their particular body types and passed it on to others at home where it became karate. Three styles of karate sprang out of Okinawa: Shuri-te, Naha-te, and Tomari-te. Shorin-ji ryu is a descendant of Shuri-te (and is blended with the more modern Shotokan style) and can trace its roots back to the Shaolin temple of China.

I try to incorporate aspects of each art into each class so students can get a well-rounded martial arts experience.

Most importantly, the teachings of the martial virtues are emphasized in each class. The idea is that the student will internalize these virtues/values, and live their lives by them - outside the dojo not just at the dojo.

Q:  What ages are the participants?

A: I usually take ages 8 and up. Classes are 90 minutes long, so a decent attention span is necessary. Adults and kids are in the same class, so if the kids are too young then the adults get frustrated. In fact, many parents join with their children and enjoy it as a fun family activity!

A: Usually, no. Everyone can benefit from physical exercise. However, for some people, karate can be a bit too vigorous for them. For them I recommend taking just the tai chi portion of the class. Many people enjoy the slower pace and meditation/stress relief of tai chi. Although slower, it is a good workout for your muscles, joints, balance and level of energy. Practicing tai chi can certainly get you sweating!

Q: Do you do tournaments and competitive sparring?

As far as competitive sparring, no. Sparring is a part of our tournaments, of course. In our training, however, we focus on Traditional training and kata practice. Kata is a series of moves performed in a very precise pattern. From the kata, students learn self-defense and sparring techniques, but the goal of training is to internalize the kata - become one with the kata - so that the self-defense becomes natural and part of you.


Q: What does one get out of training?

A: You get out what you put in. Some people train for exercise, others for self-defense. I would say that each person will get something different out of martial arts training. A sense of satisfaction in keeping themselves fit, or striving to learn and master a particular kata. Basically, the physical exercise helps keep one healthy, fit and sharp. Other benefits can be stress relief, improved flexibility, improved cardiovascular function, and higher energy levels.

Experience it to find out for yourself!